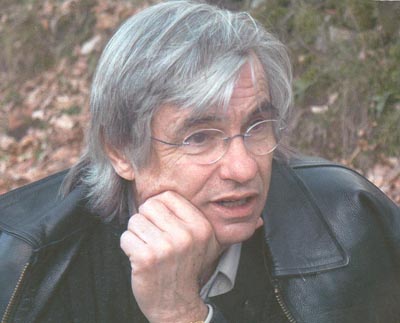 2019 November : J.P.Petit interviewed by Lilou Mace about his theory about pyramids' building Link

2019 August : A presentation of my works in MHD, with application to UFOS' aerial evolutions : Link

2018 : Presentation of the Janus Cosmological model in a video : Link

2018 october (thanks to Julien Geffray) : My Janus Cosmological Model . Link

|2010 may the 13 th : Presentation of UFO-science association. Link

2009, september the fourth : They've put water in their engine, why not you ?Link

2007, July the 30 th : How to get spectroscopic pictures of ufos : http://www.ufo-science.com   English version, and go to research

2005, December the 10th. The Dark Side of the Universe. Insights on astrophysics. Unpublished.

2005, September the first : The Economicon, devoted to economy. Become a sponsor for translations !

2005, August the 28 th : For a Fistful of Amperes. A Scientific Comic book devoted to electromagnetism

Nicolas Bourbakof is going to meet Hubert de la Boissinière's team in Dzoun Boulak, in Central Asia, which is buildings a strange ship, fuelled in part by a strange propulsor supplied by a certain Jacobson. Everyone takes off. In any direction outside the Solar System. By accelerating to a half g the ship can pass beyond Pluto in 17 days. Bourbakof makes friends on board, Fowler, a physician who had fled Princeton, Turyshev, a biologist. Boissinière waits impatiently for a message from Jacobson, who will send instructions for this unprecedented voyage. Unfortuazntely a solar eruption interrupts reception. The members of the expedition are "flying blind". They only heard the beginnng of the message when they learnt that there was "sufficient mathematic knowledge in Bourbakof's head to fly the mission". But what knowledge Boissonière asked himself? How could they go and look into his head. What questions should they ask? Boissonière asks Bourbakof to give seminars to the crew. A result of these is the lagrange equation for a soap bubble problem. Turyshev thinks to himself that he should have been a mathematician. Suddenly Picard, the ship's astonomer, detects an enormous field of ice blocks directly in line with the ships trajectory and it is moving at 8000 km/h. A that speed it is impossible to take avoiding action. It is the debris of the 11th plane, disintegrated by a tidal effectn and moving towards Earth. It is the reason for this last chance missiont. Meaznwxhile, on Earth, Jacobson and his "friends" are going to try to destroy the swarm of comets which won't be ong in arriving otherwise. Boissonnière remebers a blue envelope that Jacobson left him: "to be opened when you've left the Solar System". He opens it ...

1/1/2001 : Perhaps some readers know that, before shifting to astrophysics and cosmology in 1987 I had a long activity (15years) in magnetohydrodynamics (I was initially a specialist in fluids mechanics and I worked seven years in the Institute of Fluids Mechanics of Marseille, France, between 1965 and 1972). Perhaps also some know that I was also very interested in the ufo case, and devoted years to study it. When I opened this website I had decided, not to give up this interest, but to hide it. In fact, in my mind, it never failed since 25 years (I published four books on this subject. One was a best seller, in France). In 1975 I imagined that "MHD aerodynes" could cruise in dense air, without creating sonic boom and turbulence. They could be perfectly silent. More : on MHD grounds they should be disk-shaped ! At the begining, this idea looked crazy. But it does not, today. I published dozen of papers in scientific journals, with peer review system, and in international MHD meetings (for example Moscow 1983, Tsukuba 1987, Pekin 1990). In the eignties a student, Bertrand Lebrun, did a phd thesis with me, on this subject : "shock wave cancellation by Lorentz forces, electromagnetic forces action around a model imbedded in a supersonic gas flow". This thesis was presented in 1986 and we published together a lot of good solid scientific papers (for example in the european Jr of Physics).
...Recently, I got new ideas. They were so exciting that I decided, with friend (among them, some are top level scientists, now retired) to restart such research, after a 13 years stop. We are building an experimental research site, in the south of France, with our own funding and old fashioned materials, electric supplies, optical and capacitor banks. Research will start at the end of 2001. These new ideas are described in a MHD section.

...In another section, I present my personal ideas about interstellar travels, through a "twin universe". For whom who can see, all my works in astrophysics and theoretical cosmology tend to that goal. It is perhaps time, now, to reveal this thruth in my website

There are a lot of new things on my website, but I had no time enough to translate this new material into english. Lanturluland is presently french talking, but as soon as I can I will open an english talking version of this subsite. In effet, there is lot of books, papers, published in english, bu also in japanese, italian, polish, german, spanish, russian, potugese, and so on.. These books have disappeared for long years, and this website plus cd rom edition, is a way to ensure their survival. But there are thousands of pages to be scanned, and I am alone....